1. Knowing there might be a verbal reprimand, she never barked to remind the man it was mealtime. However, if her food was late, she would begin vocally to warn "Old Two Feet" of the possibility of intruders --- lurking just out of his sight. 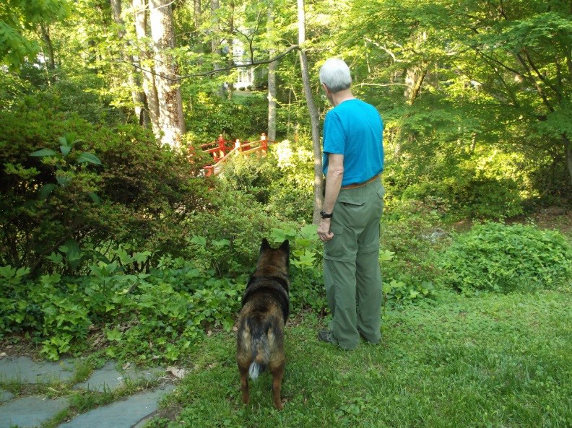 2. They worked as a team. During inclement weather, if the Big One (a canine) went outside, the Little One (a feline) would set up a watch. As soon as the former was ready to come in, the latter would find their human, and using loud vocalization would insure an immediate entry for his chum.

3. Although he normally didn't lecture on Southern Stingrays, they knew when he finished, snacks would follow. Should he continue his talk, beyond what the ray's considered "normal," they would alert him by using their fins to splash water on his hands.