Most people would approve the rescuing of an animal out of compassion for the animal. Many of those same folks, however, would condemn anyone who saved a wild creature's life in order to enslave it --- and keep it as their personal killing machine.

As the couple stood next to the building late that night staring at the creature, the man remarked, "If we brought it home and it didn't escape, it could do a lot of good killing for us." The wife replied, "Quick. Deadly. And, no trace. Perfect. What a great idea!"

Before the pair, however, made any attempt to capture the animal and remove it, they made a careful check of its surroundings to estimate its chances of survival. The small beast was huddled next to the building lying on crushed gravel. Encircling the structure and crushed rock was an enormous paved parking lot. Beyond that ran a four lane highway, and then what appeared to be scrub grassland. The couple realized the landscape represented a scant supply of food for the animal, but, far more importantly, a readily available water supply.

Processing that information along with their awareness of the rapidly falling temperature and increasing wind gust, the humans decided to take the wild creature home. Transporting it posed a short-lived problem. It simply isn't advisable to introduce any kind of wildlife to the back seat of the family automobile, climb in the front, fasten seat belts, and drive away. Remembering the trunk of the car still housed a large shipping container that could be vented and was estimated to be indestructible, they felt everything was set, except for the actual removal and placement of the animal.

As the man picked up the lethargic life form in his hands, he noted, "It feels very cold." Then placing the animal in the shipping container, he remarked to himself, "I wonder..."

During the trip home, they talked about their mutual dream of owning their own business and, if it succeeded how helpful it could be to others. And laughingly, they remarked, how enslaving the creature in the trunk, and using it as their personal killing machine would be "the icing on the cake."

Arriving home, as the woman went into the house, her husband transferred the warmer but still lethargic creature into an easier to carry container and set off toward a predetermined part of the property.

Upon reaching his destination, he scooped out a depression in a bed of leaves, laid the beast in the center and gently covered it with a blanket of dry leaves. Before heading back home, the man spoke to the apparently not- long-for-this-world creature, extolling the abundance of food, lack of natural predators and the proximity of a small stream flowing close by.

Before retiring for the night the couple agreed their late night "kidnapping" escapade had been an inspired idea; Realistically speaking, though, there was no way to insure any wild animal would simply stay where they wanted it to and be their personal killing machine.

True enough, when the couple returned the next morning to the spot the animal had been bedded down, there was no trace that it had ever been there. With the press of life and the involvement of running a new business, the incident of the creature quickly disappeared from conscious thought.

As the activities of the business continued to demand more and more of their attention, it was a shock to both of them when the lady yelled early one evening, "I don't believe it! Just look at that!" Looking in the direction his wife was pointing, and suddenly recognizing the object that had caused her excitement; he was heard to repeat more than once, "Well, I'll be..."

For low and behold, there was their personal killing machine. Not only had it not run away, but it was working perfectly. Thanks to their rescue work, the couple now had a resident American toad to help them control harmful insects from the organic gardens they hoped to turn into a business. 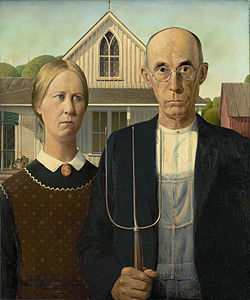