As I listened with rapt attention and childlike awe the North Carolina Licensed Wildlife Rehabilitator shared the facts dealing with the rescuing of a baby gray squirrel. At the conclusion, the administering of prescription drugs along with vodka set me in motion, causing uncontrolled laughter among all who heard my attempt to be helpful and honest.

When she works on injured wild animals that need drugs, distilled spirits (whiskey, vodka, brandy) are often employed. Alcohol does not harm the animal but aids the absorption of medicine.

When the rehabilitator finished, she remarked that she had used vodka rather than brandy. While brandy is a rehabber's spirit of choice, (because of its smoothness), when only a small bottle of Russia's favorite alcoholic beverage is available it will do.

This caused me to hatch a great idea. While it had been over a dozen years since I had been in a liquor store, and then only to ask if they had any Seagrams Crown Royal sacks, I thought I knew what I was doing.

The following Saturday a friend took me to liquor store to make a purchase. He felt it prudent to accompany me inside. Truthfully, I was grateful, as mentally I felt like a bull in a china shop.

Addressing a clerk at the check out counter, I stated I wished to purchase the smallest, least expensive bottle of brandy he sold. Reaching to a shelf behind him, he set a one ounce bottle of amber colored liquid on the counter, stating this was what I wanted. Asking the price plus tax, I began fishing for a bill and the coins to complete the transaction.

It was then I began to provide comedy without having any idea I was doing so. As I handed the purchase price to the man, he asked if the brandy was to be used for cooking.

"Why no," I replied wondering why he would ask such a foolish question. "It's going to be used to help heal a baby squirrel with a head injury." The clerk didn't reply but simply handed my purchase to me. Saying, "Thanks," my friend and I departed.

As we walked toward his vehicle, my buddy began to chuckle and then erupted in full blown laughter. Stopping him, I inquired what in the world was so funny.

"Uncle Bear, reverse the situation. You work with the public and you've heard almost every possible reason to purchase alcoholic beverages under the sun. In walks an elderly gentleman desiring to purchase a bottle of brandy, and appears not to know either sizes or prices. As you hand him a one ounce bottle, you query the-old-timer if the brandy might be used for cooking. 'No, no,' he replies. 'It's being given to a squirrel, to help it mend.' Uncle Bear, trust me. You're going to be his major topic of any conversation all weekend."

As we motored toward my home, I too began to laugh. Not from what had just happened, but at a long ago conversation between my daughter and a grocery clerk. When my child was asked if the small jar of olives she was purchasing was for herself, she replied, "Uh-no," being surprised at such a silly question. Then, as an afterthought she added, the olives would be given as treats to her cat. 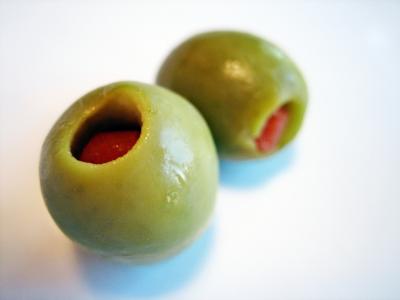